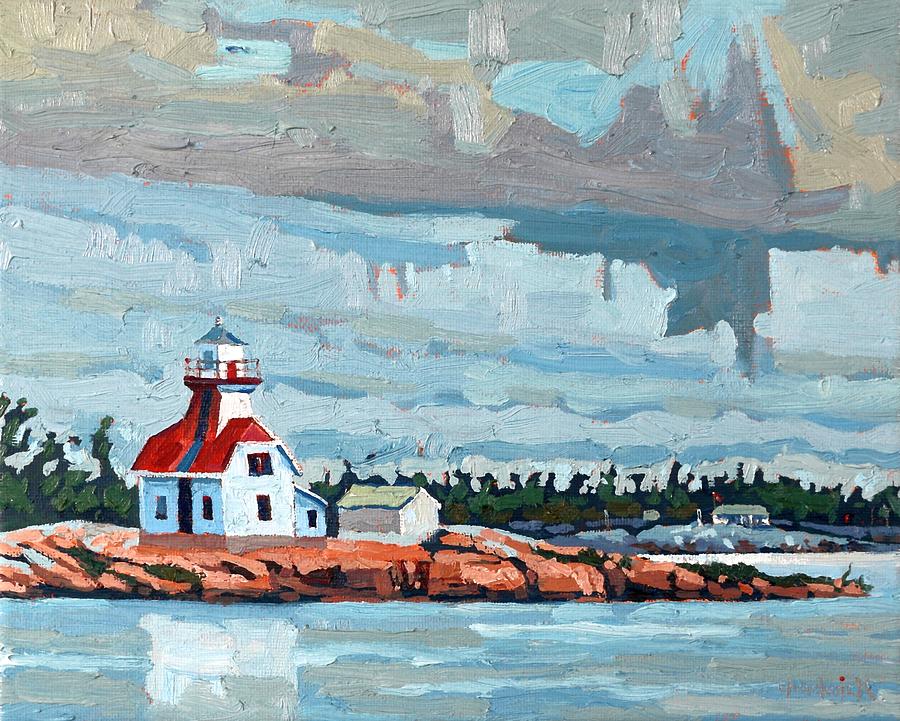 During 1891, Staff Commander John G. Boulton of the Royal Navy conducted a detailed survey of the various channels leading to Parry Sound. The 4,000 islands and dry rocks in the waterways were enough to convince him that light houses were needed. The Department of Marine decided to follow Boulton's recommendation for five new lights, which would be located on Walton Rock, Snug Island, Gordon Rock, Jones Island, and Hugh Rock. Four of the five lights worked together to form two ranges: Walton Rock and Snug Island served respectively as the front and rear lights of Snug Island Range, and Gordon Rock and Jones Island served respectively as the front and rear lights of Jones Island Range. To reach Parry Sound, mariners would pass south of Red Rock Lighthouse and then align their vessel with Snug Island Range.

Built in 1893, the Snug Harbour Rear Range Lighthouse is a one-and-a-half storey dwelling with a tapered tower rising from the centre of its roof. It became operational within a year later in 1894. Located at the southern tip of Snug Island and directly west of Snug Harbour in Georgian Bay, the lighthouse is ideally situated to direct marine traffic into Snug Harbour or on to Parry Sound. The combined dwelling and tower achieve a height of 14 metres (45 feet) from base to vane.

A cold front had just crossed Snug Harbour and the clouds were very interesting. There was some virga but I did not detect a drop of rain unless they hid with the spray from the boat. The small convective towers produced equally small shafts of virga under the cloud base.

This is gorgeous...great composition and contrasting colors...the clouds are fascinating and the water really looks wet! Fantastic reflections and brushstrokes! Bravo! l/f

Thank you so much Sunny, my friend! I was trying to be bold with my brushstrokes. I love detail and have a tendency to include it in the studio when I have all the time in the world to use a small brush. I like using old and thick too. It almost makes the work 3D. Your kind comments help to keep me going! Your Sunny comments brighten my day.