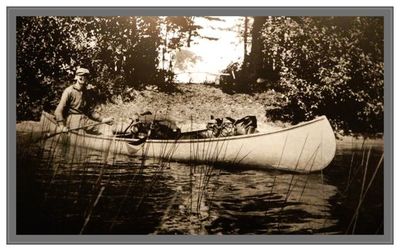 Imagine that you are in Algonquin paddling on a quiet lake with your paint box looking for something to paint in the spring of 1913. You hear the roar of a jet plane as it taxis for lift off – a real problem in 1913! What do you decide to paint? Some decisions are easy - especially if you are Tom Thomson.

Tom Thomson Was A Weatherman 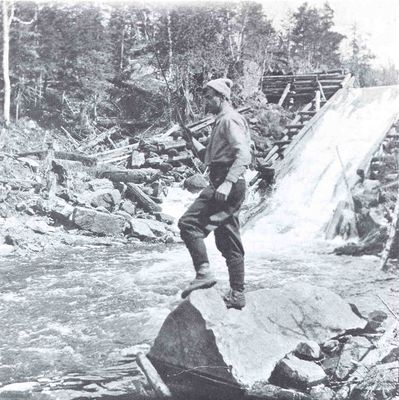 I started doing presentations about the art and science of Tom Thomson and the Group of Seven in the mid 1980s. I started with overhead slides and quickly embraced PowerPoint (PPT) - a fine piece of software well ahead of its time. I did not keep count but the number of presentations certainly number in the hundreds. That mountain of material grew into a book that nobody wanted.

What I propose to do now is to publish portions of that book, a blog at a time. The subject matter fits nicely into "Naturally Curious". In a couple of years of Science Tuesdays, also now known as Naturally Curious Tuesdays, the result will be an on-line book of sorts. The information that I have spent a lifetime gathering and writing about will not be totally lost.

An Interview with Phil the Forecaster Chadwick 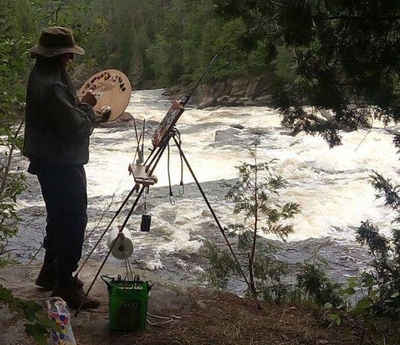 Liana Voia from Paris, France reached out for an interview with a plein air artist. The connection came like lightning out of the blue with some guidance from the International Plein Air Painters. This is what Liana put together from our candid conversation. It is intended to be an honest observation of art, science and the natural world that we need to protect. Art is a way of life and one must live that with integrity and lots of humour too. 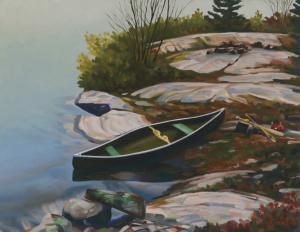 The paddle into this painting is north from Restoule through Stormy Lake and a portage into Bass Lake... I would like to do that one more time:>) 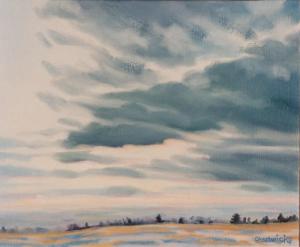 Looking west from Schomberg in December 1989 at a bank of stratocumulus. The distant horizon just gets lost in the clouds!

Stratocumulus clouds are intrinsically linked to the earth. Interchanges of heat and moisture and momentum between the atmosphere and the soil are further complicated by terrain induced upslope and downslope effects. Heating from the sun over a variable surface further complicates the lowly stratocumulus clouds. One meteorologist I know referred to stratocumulus as garbage cloud unable to grasp the information available from the various cloud shapes. In fact there is much to be learned from observing this lowly but beautiful cloud. One just needs to keep an inquiring mind open to all of the possibilities.

There were no housing developments in 1989. 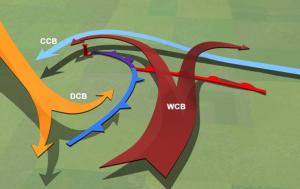 Give me an hour and I could explain the conveyor belt conceptual model to you.. It explains a lot of what you see in the various ups and downs of the clouds. You could see clouds from both sides now... 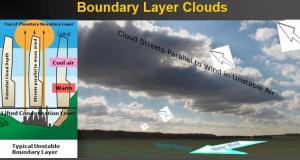 I am always thinking about the science of the scene when I paint. The thoughts do not prevent me from getting into the zone and it keeps the experience and memories very interesting... that's life! (sounds like a Sinatra song) 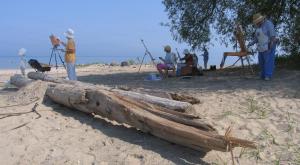 There do not seem to be as many classes in oils anymore - and even fewer in plein air. There are exceptions though. Plein air appears to be exploding in the US but that could be just from the selective material that I read. I am admittedly biased. 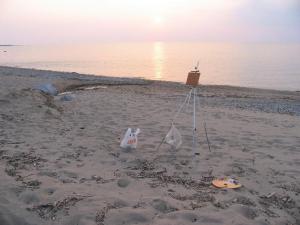 Sunset skies don't last long... and then it is dark... 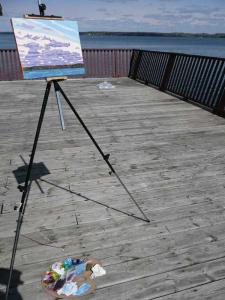 The inspiration for each painting is probably the most important ingredient... some artists spend there time searching for that special scene. Time is tight so typically I let the inspiration and the scene find me. You never know what might happen.