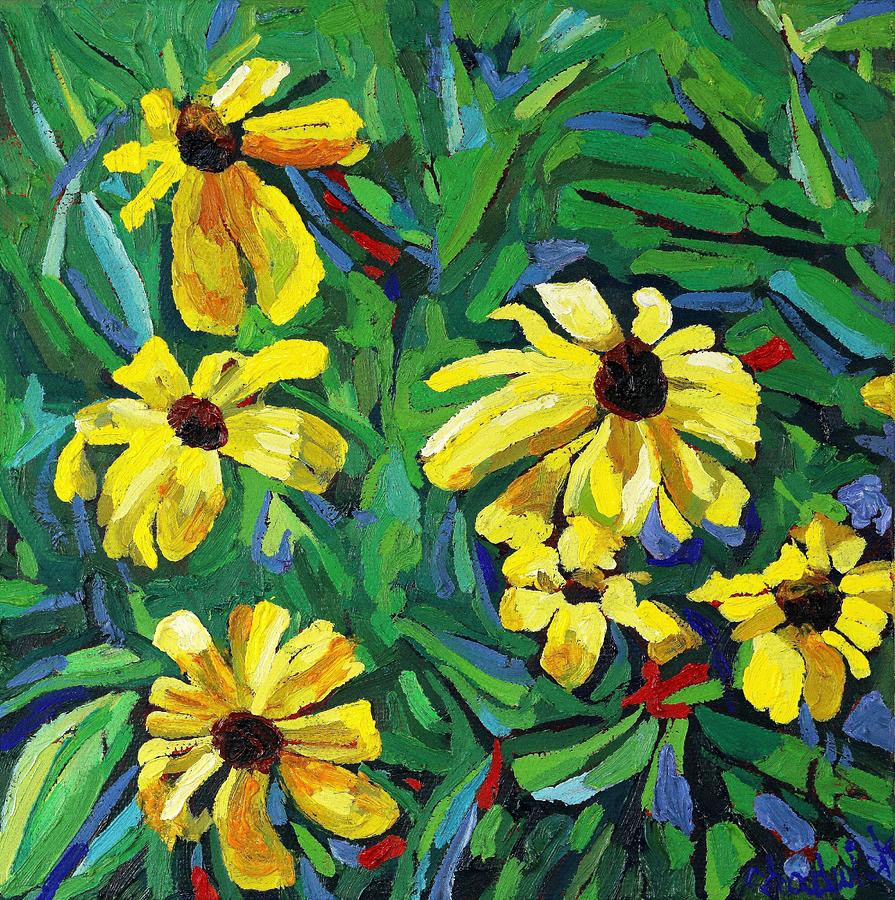 A weed is just a flower in an inconvenient spot... I give them all a home and a place to thrive.
Black-eyed Susan flowers are native to North America. They are also called Brown-eyed Susan, Brown Betty, Ox-eye daisy, poor-land daisy, poor-man's daisy, yellow daisy and goodness knows what else. I prefer the "brown-eyed" name after the 1967 song by Northern Irish singer-songwriter Van Morrison. These flowers were painted as they appeared on Saturday, ‎August ‎22, ‎2015 at ‏‎5:26:45 PM. August 22nd, 1926 was my Mother's birthday. It is probably more than a coincidence that this painting and the previous #1745 "Yellow Lily" were both associated with my parents. Strange things happen and sometimes, like this, we do not realize those coincidences until after the fact.

Congratulations on your recent sale!

'May all your weeds be wildflowers',Phil! Beautiful painting that is bright and happy with a poignant and informative description.

Thank you so much Susan. I planted white clover as a lawn but right now it is white with the seed heads from dandelions. The geese and especially the wild turkeys eat the entire seed head. Funny to watch :>))